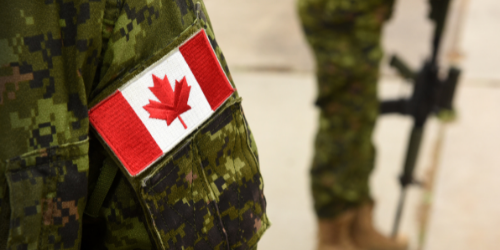 How to downplay a #privacy breach that exposed #sexual harassment victims, claims and settlement amounts in the military?
Use these words and feel that negative tension dissipate: “limited information about fewer than 100 of the 20,000 people who have applied for compensation were sent to another claimant.” Easy peasy! Read More

Responsible implementation of artificial intelligence (AI) in healthcare requires a focus on security and privacy alongside ethical considerations. AI’s capabilities in clinical and research settings are continually expanding, but any new technology brings a host of security and privacy concerns. Read More

Following a recent decision by the Austrian data protection authority (DPA), France’s lead regulator CNIL has determined that the use of Google Analytics is a violation of the General Data Protection Regulation (GDPR). Read More

Biometric info to lead to millions in privacy lawsuits

By 2025, privacy lawsuits and claims related to biometric information processing and cyber-physical systems will have resulted in over $8 billion in fines and settlements. Read More

If the British government fails to persuade the tech titans to back away from implementing end-to-end encryption (E2EE) in messaging apps then its next tactic will be to try to mobilize public opinion against it. The tactic is probably doomed. The public probably doesn’t like the idea of abusers hiding behind encryption, but many are equally suspicious of the government’s motives. The government, it seems, doesn’t trust its citizens. Facebook, meanwhile, doesn’t trust governments, fearing that by agreeing to create E2EE backdoors it risks becoming an arm of state surveillance. Ordinary citizens just wonder whether they should trust anyone. Read More

Apple’s anti-tracking moves shook up the ad world. Will Android’s do the same?

Apple’s privacy change, which requires users to opt in to cross-app tracking, wreaked havoc on advertising schemes that rely on profiling individual user data to track how people navigate their phones. Meta CFO David Wehner said in the company’s January earnings call that Apple’s change would cost Meta $10 billion this year. With upwards of 80% of global smartphone market share, an Android-wide shift could be even more significant. Read More